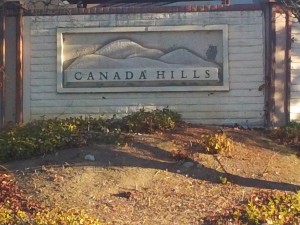 Just a short jaunt off the beaten path, and you can find yourself in Canada Hills in Antioch, CA. Canada Hills is comprised of lovely homes built in the mid 1990’s with mature landscaping and ample space to call home. As an established neighborhood, Canada Hills, sits gracefully in the hills with the major cross roads being Hillcrest and Laurel Rd.

Canada Hills in Antioch falls within the Antioch Unified School District. The schools for the neighborhood include Carmen Dragon Elementary School (K-5th), Black Diamond Middle School (6th-8th) and Deer Valley High School (9th-12th). There are also many private schools in Antioch including, Croosroads Christian School, Heritage Baptist Academy and Antioch Christian School. As a part of the San Francisco Bay Area, Antioch is within close proximity to numerous colleges and universities, including the prestigious Stanford University in Palo Alto and the University of California in Berkley.

As you picture yourself in Canada Hills in Antioch you may very well see a kaleidoscope of outdoor activities to enjoy including Antioch parks. Meadow Creek Estates Park is nearby for fun in the sun, as is Prewitt Family Park and Aquatic Center. Contra Loma Regional Park is in the vicinity and offers year around fishing,boating (with no gas engines) and a summer swim lagoon with lifeguards. Black Diamond Mine Preserve offers hiking, backpacking and an underground museum. Within a few hours of Canada Hills is great skiing, both downhill and cross country, snow boarding,  and other winter activities. These may be found at Bear Valley Ski Resort off of Highway 4 in Calaveras and Alpine Counties, Heavenly Ski Resort near Lake Tahoe and the infamous Yosemite National Park with its breathtaking views and waterfalls.

Antioch has seen significant changes in the housing market since August of 2005. This has resulted in the availability of Foreclosures, as well as Pre-Forecloseures, which are homes that are available befoe they go on the market, thus giving the buyer a competitive edge. There are also Auction homes and Short Sale homes for sale in Antioch as a result of the change in the housing market. This has given today’s buyer numerous options when looking to purchase a home in Antioch. Many homes in Antioch built after 1989 do have an additional tax known as Mello Roos Tax.