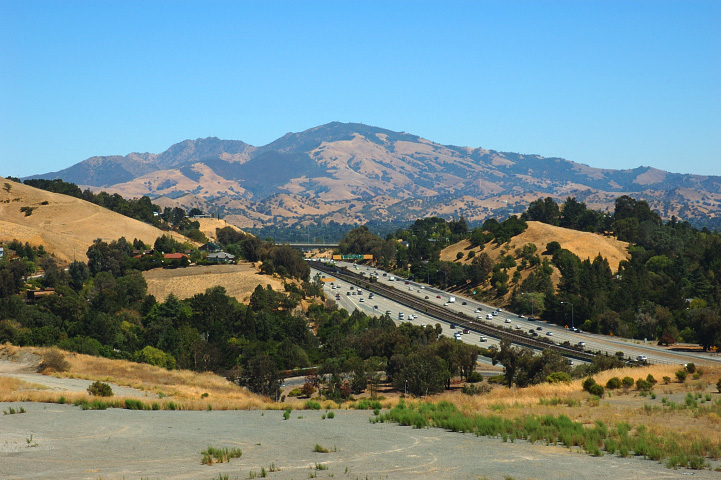 Mt. Diablo’s Summit is 3,849 Feet above sea level and ranges over 20,000 Acres making this one of the most popular sites in Contra Costa County! Mt. Diablo originally was “Monte del Diablo, meaning “Thicket of the devil”, it was named this because the mountain would glow red at sunset. This mountain is located Northeast of Danville and surrounded by Walnut Creek, and Clayton California. The mountain is a GREAT place to go hiking, biking, or camping. Once you reach the top of this mountain if it is a clear day, you can see about 35 out of 58 of Californias Counties, which normally ranges about 200 miles out! The absolute best time to see far out would be during winter right after a storm has cleared the skies. During prime visibility (winter or early spring), you can see landmarks such as Lassen Peak in Shasta County, Half Dome in Mariposa County, and Farallon Islands in San Francisco.

Not only is Mt. Diablo an attraction for people, but it is also a habitat for an abundance of wildlife! There is a specified location, The Mitchell Canyon Area, that has separate road access which is ideal for wildlife viewing. Reptiles, amphibians, and countless insects call Mt. Diablo their home. The lower portion of Mt. Diablo’s habitat is made up of “Soft Chapparal”, which specifically contains California Sagebrush and Black Sage. Birds of all species live year-round, such as the Blue-Grey Gnatcher and the California Towhee. The next level of the mountain contains oak woodlands and grassy meadows where you can find raccoons, coyotes, bobcats, and mountain lions. On the roads toward the middle of the mountain, you will normally find rabbits, ground squirrels, and lizards running across the street. During September and October, you will frequently see Tarantulas seeking their mates.

Located within the hills of Mt. Diablo are places to pitch up a tent, and spend a relaxing couple of nights. With Mt. Diablo being so close to the suburbs, people are drawn to move towards the Concord, Walnut Creek, and Clayton area to have a place close by to bike, hike, or camp. Check out our website for Real Estate close to Mt. Diablo, if you are planning to move out and enjoy all that this Mountain has to offer. In regards to camping, there are 3 campgrounds located on Mt. Diablo, Live Oak (22 campsites), Junction (6 campsites), and Juniper (31 campsites), starting at $31/night, opened year-round with reservations required. These campsites are near large oak trees and provide lots of much-needed shade. Each site has fresh drinking water, flush toilets, a table, a fire pit, and a grill. If you are camping at the Juniper campgrounds, you will also find a shower location provided.