Find Out How Much Your Home is Worth 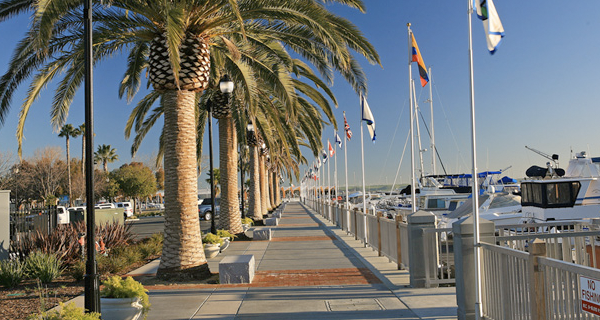 About the Community of Pittsburg California
Pittsburg (formerly Black Diamond and New York of the Pacific) is a city located in eastern Contra Costa County, California, the outer portion of the East Bay region of the San Francisco Bay Area. The population was 63,264 at the 2010 census.

The city has access to one BART station, the Pittsburg/Bay Point Station located in Pittsburg near Bay Point. Service will be extended further into the city via DMU train with a Railroad Avenue station that is currently under construction.[4] The current zip code is 94565 for both Pittsburg and Bay Point, and the area code is 925.

HISTORY
In 1849, Colonel Jonathan D. Stevenson (from New York) bought the Rancho Los Medanos land grant, and laid out a town he called New York of the Pacific. By 1850, this venture failed. With the discovery of coal in the nearby town of Nortonville, California, the place became a port for coaling, and adopted the name Black Diamond, after the mining firm that built the Black Diamond Coal Mining Railroad from there to Nortonville.[6] Due to the industrial potential of the site, a name change to Pittsburg was proposed in 1909.

Pittsburg, originally settled in 1839, was called first "New York Landing", then "Black Diamond", before citizens voted on "Pittsburg" on February 11, 1911. The name "Pittsburg" has at least two origins. First, it was the name of a coal mining company that built a railroad in 1865 on the eastern edge of what is now the city. Second, some citizens wanted to honor Pittsburgh, Pennsylvania, (with the "H" dropped), due to the city's relations with the steel building industry, which was first established by the Columbia Geneva Steel Company. The original town site fronts on the Sacramento River Delta, reflecting its origins as a deep water channel river port. (As of January 1, 2007, new state legislation will enable the city to manage its own riverfront for commercial development and subsequent port operations).

Since the early 1900s, the city has grown inland to the south, then spread east and west along State Route 4, now a freeway carrying resident commuters to jobs in the San Francisco Bay-Oakland Region. In the process, the former town of Cornwall, California was absorbed. The city has enjoyed continued residential redevelopment growth near its northern boundary, as well as ongoing construction of major subdivisions in the southwest hills. As of the 2000 census, the city had a total population of 56,769.

Camp Stoneman, located in the area, was a major staging area for the United States Army during World War II and the Korean War.

The post office first opened in 1868 as Black Diamond, and changed its name with the town's in 1911.

Pittsburg is striding into the future, each day more prosperous than the one before. New homes, renovated older homes, new businesses, a historic district being revived are all signs of even better times to come. Additionally, Pittsburg's local government has expanded the parks system, improved the roads, increased commerce and employment, expanded the Marina and built a modern Civic Center to take it into the 21st century. All of this at no additional cost to the taxpayer. Working together, the progress will continue.http://www.ci.pittsburg.ca.us

All information about Pittsburg courtesy of Wikipedia.